Finding the Unexpected at Londonderry 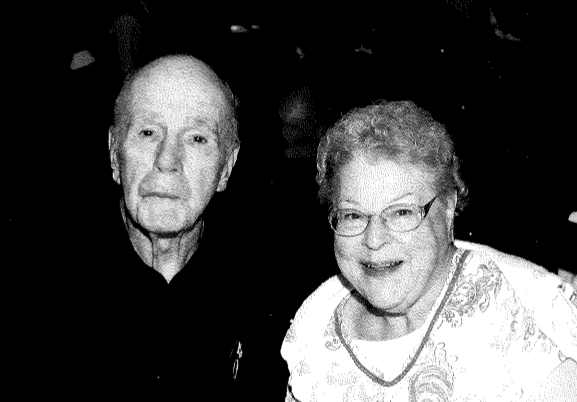 When Beatrice Conrad met Richard Robertson, finding a husband was the last thing she expected.

An Easton native and resident of Londonderry on the Tred Avon since 2006, Bea spent her life as a nurse, serving with the United States Air Force for 12 years and in the Veterans Administration Hospital for 22. Dick, a pilot by trade and native of New Jersey, came to Londonderry six or seven years after her.

For a time, Bea and Dick never crossed paths — she attended dinners in Londonderry’s Tred Avon Tavern, while he favored lunch. But one evening, when a mutual friend brought Dick to dinner with him and the three shared a table, things changed.

“He started coming every night (after that),” Bea said.

Shortly after they met, Dick asked Bea on a lunch date to Ocean City.

“I about fell out of the chair,” Bea said. “It took me by surprise, it really did.”

Not long after the first date, Bea and Dick were officially a couple — spending every day together enjoying each other’s company and doing quite a bit of traveling during their five years together. The couple visited Syracuse, New York; Williamsburg, Va.; and Hershey, Pa. — “and then the cruises started,” Bea said. They also bought a condo in Sarasota, Fla., splitting their months between Florida and Londonderry for about two years.

The next big step for Bea and Dick came on March 7 of this year, when Bea finally agree to marry Dick.

“He asked me over and over early on, but I’d been single all my life and I just couldn’t see any reason for it,” Bea said. “Finally, when we got back this past February from Florida, he said, ‘It’s time to get married,’ and I said, ‘Oh, what the hell; why not?’”

Ultimately, their marriage was to be short lived — Dick passed away on May 12 of this year. But Bea has no regrets.

“Even now that it’s more or less all over, I still feel that when he came to the table that first time … I was plucked up and taken out of my routine life,” Bea said. “I was in a different world — a very enjoyable world, I might say.

“It was a very unexpected love story on my part. You just never expect that.”

Londonderry on the Tred Avon is an intimate residential cooperative community for adults ages 62 and up, offering a variety of housing options from convenient apartments to spacious cottages among 29 acres, including 1500 feet of waterfront shoreline. For more information, click here.