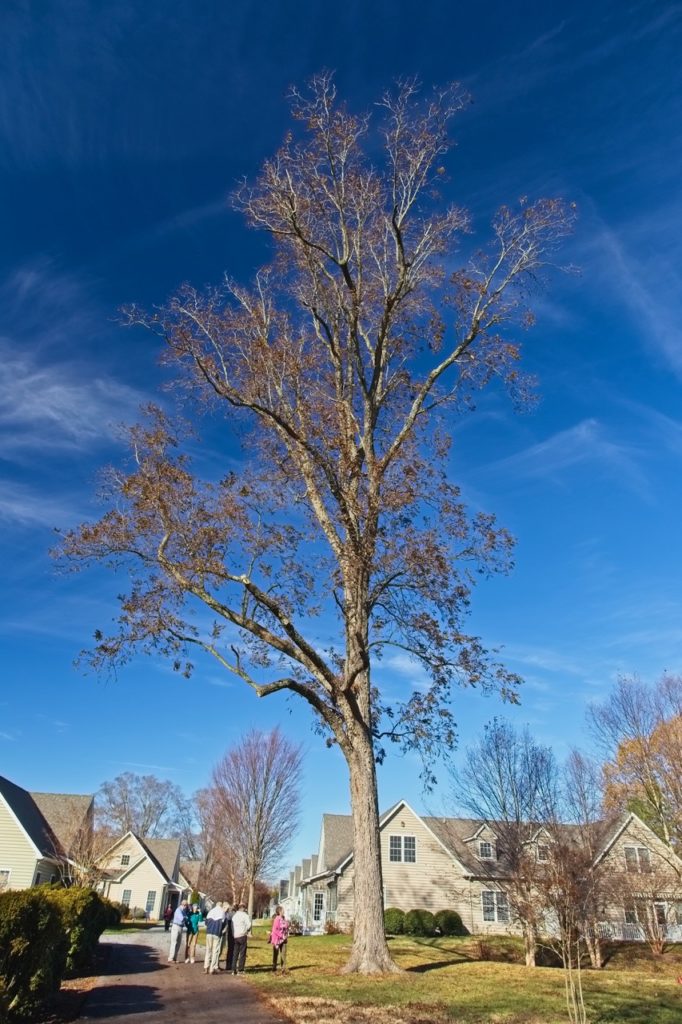 Five Talbot County Champion Trees were recently identified on the Londonderry on the Tred Avon campus by the Maryland Big Tree Program.

What is the Maryland Big Tree Program?

The Maryland Big Tree Program is a completely volunteer based program established to provide technical assistance to the Department of Natural Resources Forest Service.

Five trees on the Londonderry on the Tred Avon campus have been recognized by the Maryland Big Tree Program as Talbot County Champion Trees. Champion trees are identified at the County and State level as being the largest identified members of their species. They are measured and scored based on their circumference, height and average crown width.

Which Trees Were Recognized?

The trees were identified as Londonderry were taking care of routine forestry work around its campus and were nominated for recognition by Agnes Kedmenecz. Agnes is from University of Maryland Extension Service. The trees were later measured by members of the Londonderry Community, University of Maryland Extension Service and the Maryland Big Tree Program, which is a volunteer-coordinated effort sponsored by the Maryland Association of Forest Conservancy District Boards and the Maryland Department of Natural Resources’ Forest Service.

The five trees are in various areas of the campus with several near the Manor which was constructed at the close of the American Civil War.

The five trees identified as “Champion Trees” are the following:

“Our community is beyond thrilled to have five champion trees on our campus,” said Londonderry CEO, Irma Toce. “These trees are part of our rich history and it is wonderful that they can now be recognized by our residents and our neighbors throughout Talbot County. I’d like to thank our community members who worked so hard on this project.”

About Londonderry on the Tred Avon

Londonderry on the Tred Avon is an intimate residential cooperative community for adults ages 62 and over, offering a variety of housing options from convenient apartments to spacious cottages among 29 acres, including 1500 feet of waterfront shoreline. Surrounded by nature, residents enjoy strolling along the community’s paths, observing a variety of wildlife, watching the sun set on the river, or dining on the porch with friends. The friendly, vibrant community provides for an active independent lifestyle and personal choice. Wellness of mind and body are important to us. For more information, click here.