Londonderry on the Tred Avon celebrated its 25th Anniversary at a gala event on October 4th on the grounds of the Londonderry Manor House. More than 200 residents and community members attended to commemorate this important milestone in the life of the cooperative. Maryland State Senator Addie Eckardt and Delegate Johnny Mautz presented citations in honor of the event.

Established in 1992 as Londonderry Retirement Community on some of Talbot County’s most historic land, Londonderry on the Tred Avon has grown from its initial 15 individual cottages and 17 residents to a vibrant community of over 97 cottages, 26 apartments and more than 150 residents. The cooperative independent living retirement community is resident owned and operated and was the first of its kind on the Eastern Shore.

“Londonderry serves an important need in our community. The location, beautiful facility and grounds, and quality of staff really make it an ideal place to call home. It’s wonderful that they are celebrating their 25th anniversary,” said Al Silverstein, Talbot County Councilman and President of the Talbot County Chamber of Commerce.

“This event celebrated our past and future,” said Irma Toce, Londonderry CEO. “It was a special opportunity to reflect on our history as we move into an exciting time with the construction of our new Clubhouse slated to open next year. Big things are happening and it was important for us to celebrate where we began.”

The celebration, planned and designed by Kari Rider Events, featured food from Blue Heron Catering, live music from Guy and Dolls from Rockville, and dancing with Schafers Swing Dancers from Baltimore, Md.

“It was a very enjoyable party and we were thrilled to be invited,” said Judy Geoghegan, event guest. “The people (at Londonderry) are always friendly and so interesting to talk to and, we loved celebrating with them.”

About Londonderry on the Tred Avon

Londonderry on the Tred Avon is an intimate residential cooperative community for adults ages 62 and over, offering a variety of housing options from convenient apartments to spacious cottages among 29 acres, including 1500 feet of waterfront shoreline. For more information, click here. 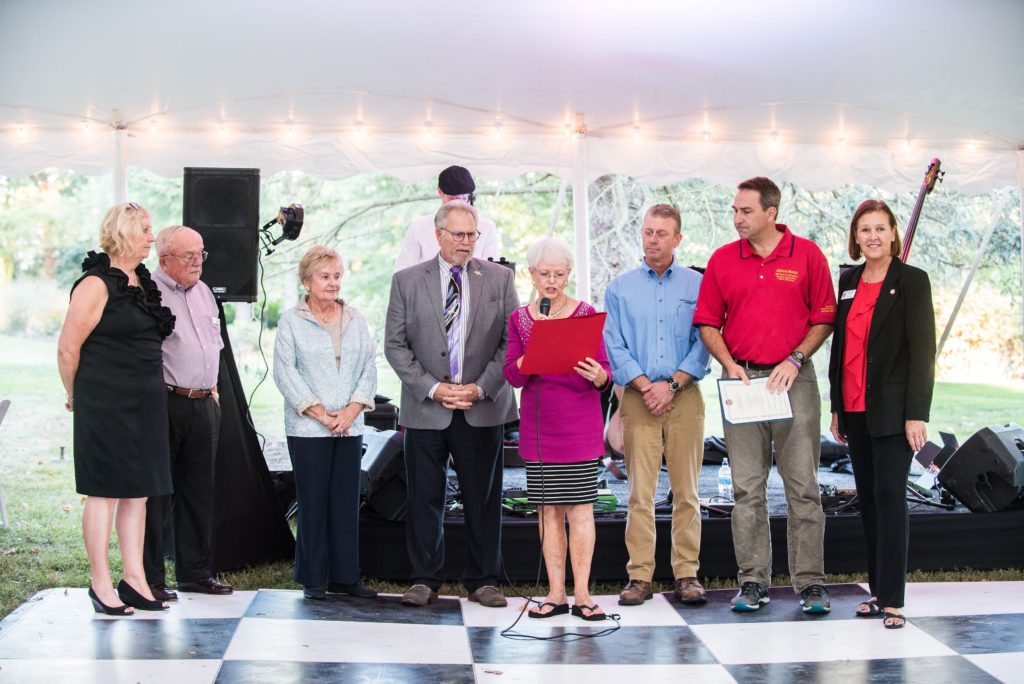