While the retirement community Londonderry on the Tred Avon is situated on the picturesque Tred Avon River near Easton, MD, residents there have not had direct access to the water until recently when a floating dock was installed on the property. According to Londonderry resident Howard Zwemer, the new floating dock has opened up the waterfront portion of the property for recreational use by residents and their family members. On any given day, kayaks and canoes now dot the waterway.

Zwemer was part of a small group of residents who in 2013 decided to look into putting a floating dock on the property. The group investigated numerous designs and came back to the Candock, a floating dock that uses modules that fit together for its platform. He comments, “The dock we chose offers flexibility for uses and had the best floatation per square foot.”

After surveying the waterfront, the group identified a point of land on the property behind the Manor House to locate the dock. The location was close to the river’s channel. After further research, the group found that the location had once been the site of a boathouse – a sure sign they were on the right track for their project. Following the necessary permitting, in March 2015, Londonderry’s maintenance crew assembled and installed the new dock so it would be ready for spring and summer boating.

Zwemer adds, “Many of Londonderry’s residents come from waterfront properties, so they are looking for access to the water when they move here. We have now made the waterfront access handy for everyone.”

Resident Bill Kepner, a boater since age five, comments, “It was the logical thing to do. Having a place where I can get on the water has been important to me. The dock accommodates canoes, kayaks and rowboats, which operate perfectly in the shallow waters of the river here.”

As an avid photographer and fisherman, Kepner has especially enjoyed seeing the heron rookery at Easton Point from the water. He adds, “I can paddle there in the early morning and see herons everywhere. I have gotten some amazing photographs.”

Londonderry’s new cottages are attracting younger retirees, anxious to enjoy the new access to the property’s waterfront. For information about Londonderry on the Tred Avon, call Rachel Smith at 410-820-8732 or visit Londonderryonthetredavon.com 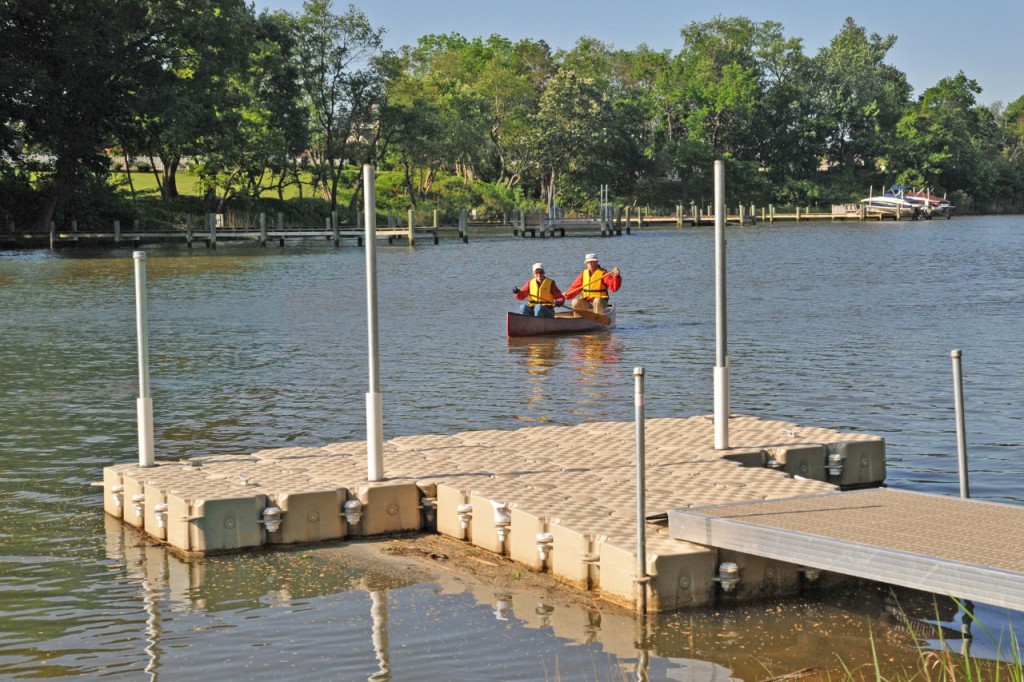 Pictured are residents of Londonderry on the Tred Avon enjoying canoeing on the south branch of the Tred Avon River. The property’s new dock in the foreground offers new recreational boating opportunities to Londonderry residents and their families. (photo by Bill Kepner)