Londonderry on the Tred Avon recently hosted its first “Water Olympics” between residents and staff. The afternoon of fun included water volleyball, water basketball, and relay races on inflatable turtles. The pool at the Londonderry Manor House was just re-opened after a lightning strike to the house last year.

According to resident Lari Caldwell, a member of the Londonderry Activity Committee, “The Water Olympics provided a healthy competition between the residents and staff of Londonderry. It was a fun afternoon and there were a lot of laughs!” She adds, “We have such a lovely group of residents here.”

Executive Director Irma Toce said that the games were in honor of the opening of the Summer Olympics this year and hopes to offer them every year at the pool.

Joe Cleveland, a Maintenance Technician at Londonderry, adds, “It was good for residents and employees to get to know one another. The games really brought the place together.”

Londonderry on the Tred Avon is a cooperative waterfront retirement community for seniors ages 62+. Cooperative senior housing is a unique option for seniors seeking a retirement lifestyle while maintaining control over their investment. There are 98 nationwide and only two in Maryland. For information about Londonderry on the Tred Avon, contact Rachel Smith at 410-820-8732 or visit Londonderryonthetredavon.com. 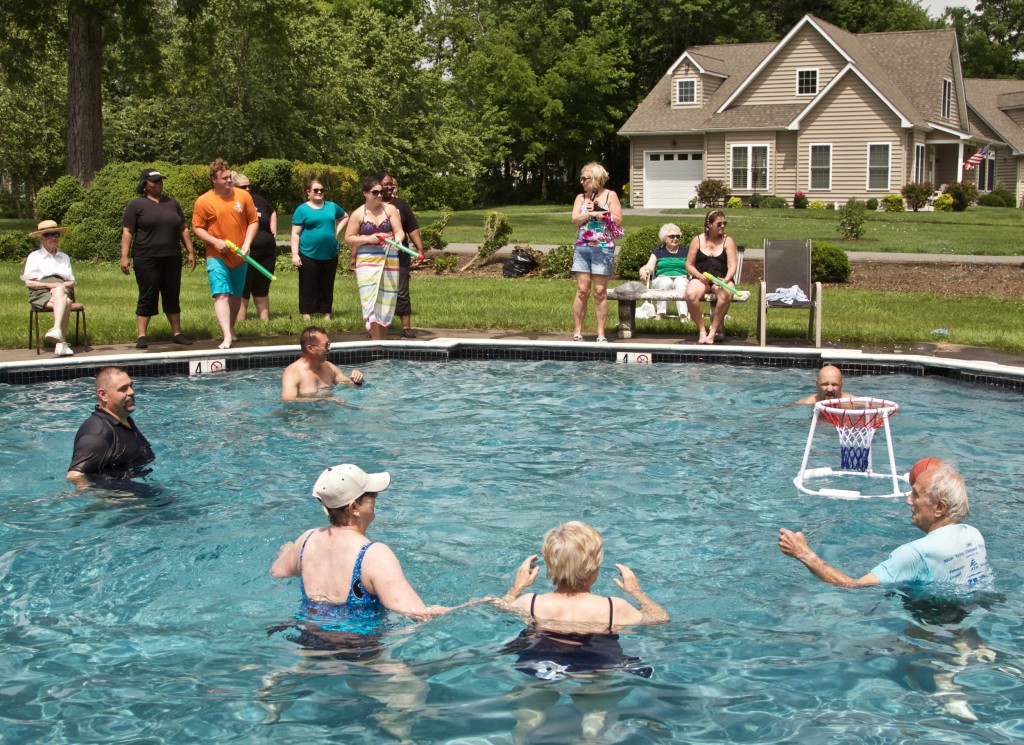