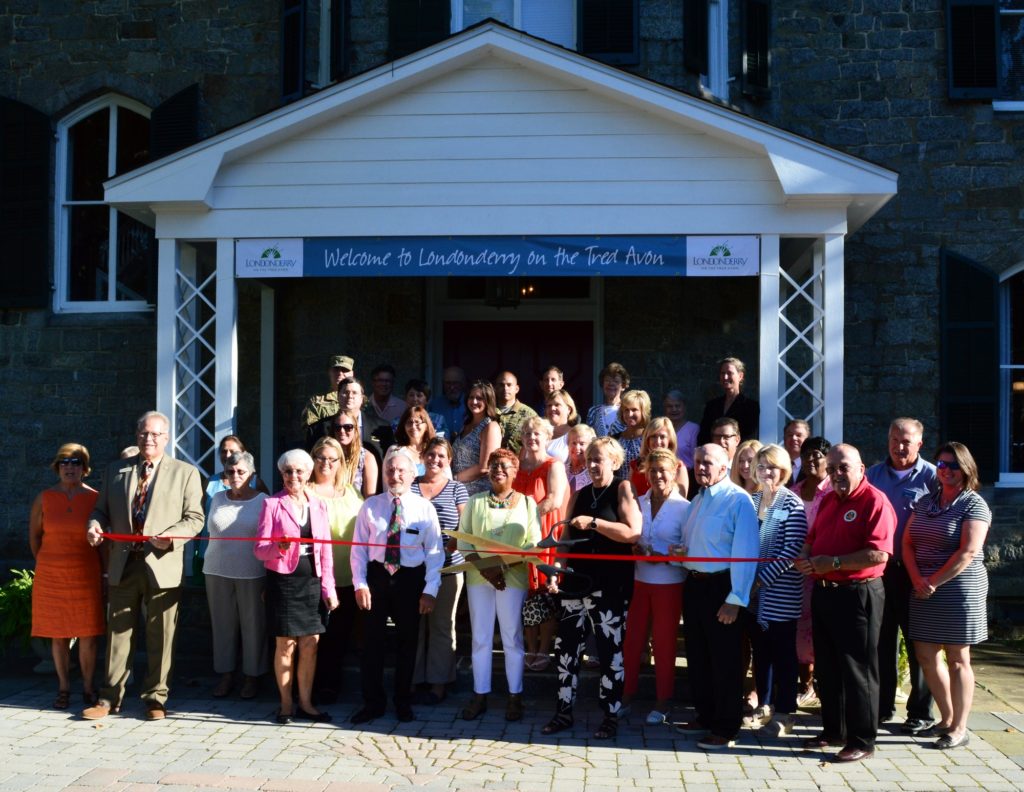 Pictured is the recent ribbon cutting for the recently renovated Londonderry on the Tred Avon Manor House following its closing after a fire caused by a lightning strike occurred in April 2015.

The Manor House at Londonderry on the Tred Avon recently had a grand reopening since a fire, caused by a lightning strike, closed its doors in April 2015.  The 1867 Gothic Revival villa on the property, which was built at the end of the Civil War for a surgeon in the U.S. Navy, is listed on the Maryland Historical Trust’s (MHT) Historic Sites Inventory. The house was designed by prominent architect Richard Upjohn, a founding member of the American Institute of Architects (AIA), who also designed Trinity Church and the Church of the Ascension in New York City.  Locally, he designed the Christ Church Rectory and the Trippe-Beale House in Easton.

The waterfront house, which has always provided space for meetings, small gatherings, and special events, has been completely renovated. The entire house has been repainted, its hardwood floors have been refinished, and a handicap-accessible bathroom has been added on the first floor and the kitchen has been updated for catering. 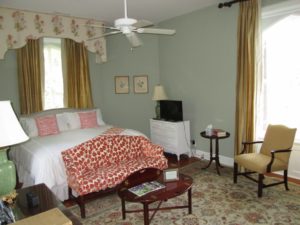 The house has three comfortable designer guest rooms available for rent to accommodate overnight guests of Londonderry residents. The suites can also be used by bridal parties who have rented the entire facility for their weddings.

Resident Pat Lewers, who served on the Redecorating Committee for the Manor House, comments, “The whole place shines with fun! It’s a bright and cheerful space.  In addition to it being available to our residents, we are thrilled to be able to offer it for rentals for special events, business gatherings, holiday parties, bridal and baby showers, and weddings.”

The downstairs of the Manor House consists of a large dining room, sitting room, breakfast room, kitchen and bathroom, as well as a large waterfront screened porch. Upstairs, there are three bedrooms and two bathrooms. Events held at the Manor House may be catered by the Londonderry kitchen or outside caterers can use the kitchen for events.

For further information on rentals of Londonderry’s Manor House, call 410-820-8732 or email info@londonderrytredavon.com.