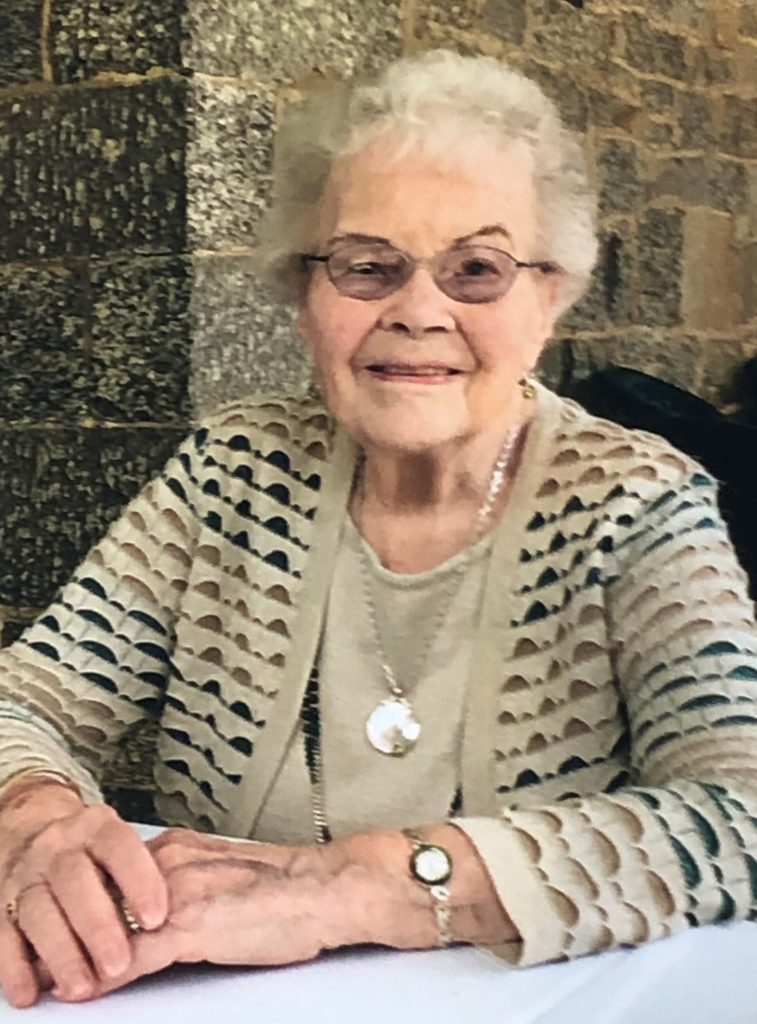 The opening of the Chesapeake Bay Bridge in 1952 was the most significant event impacting the character, landscape and modern history of Maryland’s Eastern Shore.  For locals and visitors alike, the Bay Bridge has become part of life on the Shore, and its presence is most felt during the summer months while we all contend with the associated traffic. As our local and state officials begin to more seriously ponder adding a second bay crossing in Maryland, we can’t help but wonder, what life was like on the Eastern Shore before the Chesapeake Bay Bridge.

To answer this question, we spoke with Margaret Sherman Bryan. Margaret was born in 1923 and grew up in the village of Claiborne, located past St. Michaels on the Eastern Bay.  Margaret’s father, B. Frank Sherman, was the General Manager of the Annapolis-Claiborne Ferry, which operated from 1919 – 1952 and carried as many as 1 million vehicles and 2 million passengers annually during its peak operation. Up until the opening of the Bay Bridge, the Ferry was the only way to cross the Bay in Maryland.

Claiborne was a ferry town and the majority of the residents worked for the ferry company. It was also home to one of the stops on the now defunct Baltimore, Chesapeake and Atlantic Railroad that would take passengers all the way to Ocean City. Claiborne was a hub of activity during Margaret’s youth. Visitors came from the Western Shore to vacation, and Eastern Shore residents took the ferry to travel to Annapolis and Baltimore for shopping in the big department stores and other outings. It was a one-and-a-half-hour ride to Annapolis and then another hour trip to Baltimore by car, trolley or bus. Margaret loved to ride the ferry with her father and keenly remembers being served the world’s best hot dogs and the world’s worst coffee on her trips across the Bay.

While not on today’s scale, Bay Hundred residents had to contend with “ferry traffic” and there was a time when two traffic lights were needed in St. Michaels to accommodate the influx of 75-80 cars each time the ferry docked.

Like today, the Eastern Shore was a tourist destination and visitors would come for the summer season and stay in hotels and boarding houses like the Wade’s Point Inn in McDaniel which is still in operation. Some would stay in Talbot County, and others would go on to the Maryland and Delaware beaches.

While growing up in Claiborne, Margaret and her younger sister attended a one-room school house and were later bussed to St. Michaels for high school where there were just 45 students in her graduating class. The village of Claiborne was a close-knit community and the children “made their own fun,” and rode their bikes, went swimming in the river, boated, sailed and went to the movies in St. Michaels to enjoy the air conditioning during the summer heat. The Miles River Yacht Club was the primary social center for Bay Hundred families.

Margaret attended the University of Maryland College Park and then married a local boy, Phillip Beverly “Bev” Bryan who also graduated from St. Michaels High School. He served in the United States Coast Guard’s Beach Patrol during WWII. After the war, they lived in Baltimore for two years before moving back home to the Eastern Shore to raise their family.

On July 30, 1952, the ferry made its last crossing with Margaret’s father at the helm, and the Chesapeake Bay Bridge opened bringing more visitors and development to the Eastern Shore.

Margaret had a front row seat to evolution of the modern Eastern Shore while raising her sons and working at local banks in the St. Michaels area over the next 35-years.

When asked about the biggest changes she witnessed, Margaret says, she’s been struck by the growth of Easton and how much easier it is to travel around the Eastern Shore. When she was growing up in the Bay Hundred, it was easier to take the ferry to Annapolis or Baltimore to shop rather than travel to Easton.

Margaret also points to the continued role agriculture, tourism and the seafood industry play in the Eastern Shore’s economy, although she notes there are fewer farms from the decades past. She is also pleased that Eastern Shore communities have stayed true to their small-town roots and neighbors continue to look after each other.

Margaret and Bev lived in McDaniel along Harris Creek for many years, and Margaret remained in their home for 12 years following his death. She relocated to Londonderry in 2004 where she is currently working on her memoir to share with her family.

When asked about how Londonderry has grown and changed, she shared a memory of driving past Londonderry during the early stages of construction. She remembers looking around and commented to a friend, “Who would ever want to live here?”